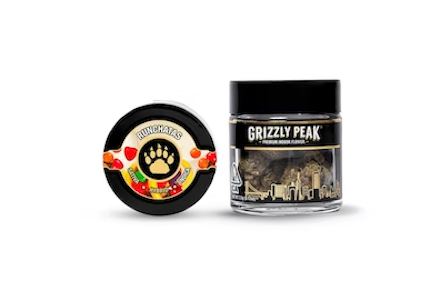 Runtz, also known as "Runtz OG," is a rare type of hybrid marijuana strain. Runtz is made by Cookies Fam by crossing Zkittlez with Gelato and it is loved for its incredibly fruity flavor profile that smells just like a bag of the sugary candy we all know and love. Because of the rising popularity of this cannabis strain, it's no surprise Runtz was named Leafly Strain of the Year in 2020. Growers say this strain has resin-drenched buds that range in color from rich purple to lime green. Runtz is celebrated for its creamy smoke that is smooth and welcoming. This strain of weed produces euphoric highs and uplifting effects that are known to be long-lasting.
Horchata is a balanced hybrid marijuana strain made by crossing Jet Fuel Gelato with Mochi Gelato. The effects of Horchata are more calming than energizing. Consumers who have smoked this strain tell us it’s a smooth smoke that tastes earthy, floral, and woody. Horchata effects are uplifting and relaxing. Some consumers say this strain makes them extra talkative. Medical marijuana patients choose Horchata to relieve symptoms associated with PTSD and depression. The dominant terpene in this strain is myrcene, with pinene and ocimene as the secondary terpenes.

Grizzly Peak is an Oakland and San Diego, California-based indoor farm of pesticide-free, premium cannabis flower.
Launched as a fully-licensed and legal state operation since 2017, our master growers have a combined 30 years of cannabis growing and operational experience and knowledge.
Along with our expertise, our state-of-the-art growing facilities and superior genetic strains enable us to produce California’s finest quality cannabis. Grizzly Peak gives recreational and medical users the ultimate cannabis flower experience.
$45
3.5 grams
Price per unit
FLOWER
asian owned
chill